I love looking at wedding images, and when I stumbled upon Amanda Rynda site it was love at first sight. She is a photographer based out of Los Angeles who's images give a vintage photojournalistic feel. She has some pretty unique couples who are able to let loose and enjoy themselves, and it shows in her images.   One of the couples came to her with the idea of doing a zombie engagement shoot. When I saw her pictures I burst out laughing and couldn't stop. Here are just a few of the images that came from the shoot, be sure to check out her website for all the pictures! 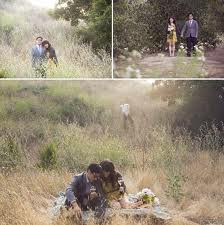 Starts out as a normal picnic for love birds 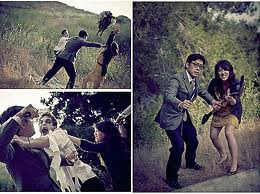 On no The Walking Dead 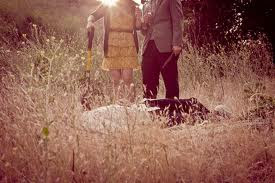 No problem for these love birds
Posted by Brittany Fleming at 12:47 No comments:

I stumbled upon a photographer named Rob MacInnis while researching animal photography. I was so impressed that I found myself spending hours looking through and critiquing his astounding images. He uses a fashion approach to lighting these barn yard animals as if they were runway models. You cant help but see the personality of each animal shine through in the picture, is enough to turn me off of eating meat.

My favourite is of Julianne, I was drown to her because she looks as if she knows something you don't and is giving you a smirk. 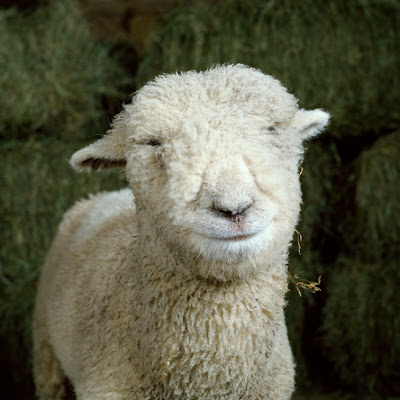 Julianna 1 By: Rob MacInnis
Posted by Brittany Fleming at 16:42 No comments:

The 2012 World Press Photos of the year are up, and even though this photo didn't win it is
number one in my book. It was taken by French Photographer Denis Rouvre  Who is known
for his amazing portraits.
"Toku Konno is a survivor of the devastating tsunami of 11 March 2011. Among those in
Japan who lost everything, she found refuge in a plastic temporary home in a makeshift
village in the area of Sendai, north of Tokyo."  see more about the World Press write up.
This is the 55th year of the World Press photos of the year. This year 5,247 photographers
from over 120 countries submitted 101,254 WOW i would not want to be one of the judges.
There is 11 different Categories to choose from so go check it out. 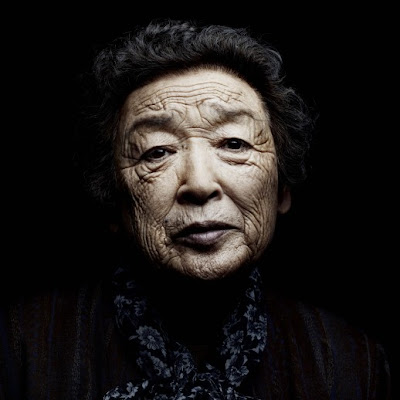 One of my favourite Street Photography images is by Rob McClaran. It was taken on the streets of NYC (where most of my favourite street photographers come from). It is from his series of images titled My Fellow Americans. When seeing this picture for the first time I got chills running up my spine.
The colours in the picture almost look staged. From the yellow balloons making your eye travel from left to right and the contrasting red colours of the ladies shopping bags, bow-tie, and sweater, to the splashes of blue in the crowd. Its hard to believe that in the bustling streets of New York no one in the crowd is wearing a bight pink sweater or even has a purple hat on. The only colours present in this picture are primary triadic colours of red yellow and blue.
I love how the timing in the picture had to be just right in order to pull it off. The crowd walking in the opposite direction so that the only faces present in the image were that of the old man and the man with the mask. (excluding the lady to the far left in my opinion he should have cropped her out) The fact the the old man is placed just over the shoulder of the masked man, if Rob was two or three steps away this picture just wouldn't be the same. The older mans expression is perfect for setting the tone of the photo. Its almost as if the masked face is projected onto the old man. The fact that the old man is in focus compared to the monster in the foreground makes me feel like the man is cheating death, like he is always a step ahead of the monster, even though he is behind him.
It all makes me wonder if this picture was staged or just a photographer being in the right place at the right time and having the eye to pick up on his surroundings.
Posted by Brittany Fleming at 15:55 No comments: